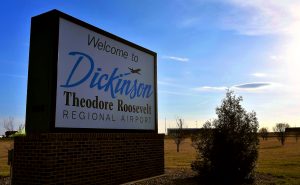 The Dickinson Municipal Airport Authority is an independent five member board, which is appointed by the City Commission. This board oversees the operation of the Dickinson Theodore Roosevelt Regional Airport. Because the operation of the airport is overseen by an independent board, it is separate from the City. The board has authority to issue bonds, set budgets, hire staff, and direct the City to levy up to four mills of property taxes.

The members of the Airport Board are:

The Airport Commission hires an airport manager to oversee the day to day operation of the airport. Airport Manager Kelly Braun can be reached for information and questions about the airport at (701) 483-1042.  DickinsonAirport@ndsupernet.com